Simultaneous with the construction of Geuzenveld, another garden city was built on the other side of the Sloterplas: Slotervaart. The district owes its name to the former waterway, the Slotervaart (Sloter Canal), that once connected the Overtoomse Sluis (Overtoomse Lock or Sluice) with the village of Sloten.

The architecture in Slotervaart is a mixture of low-, medium-, and high-rise buildings. Of the post-war buildings, the sawtooth houses are perhaps the most well-known. Houses with their zig-zag facades received the nickname Bluebanddorp (Blueband Village) after the margarine brand Blue Band, the packaging of which bore a recognizable blue band, because of the recognizable blue frame around the roof. The large Sloterhof complex, built in 1959, is now a Rijksmonument (national monument).

The fixer-upper apartment building Klarenstraat is a national example of how a post-war portico apartment building can be transformed into a differentiated residential building by the owners themselves. The area is also full of art, most notably the larger than life brown bear De Staalman (the steelworker).

The central axis in the district is the Johan Huizingalaan which, as a ‘dining street’, features many culinary stores and restaurants of various national cuisines. It is also home to a number of office complexes, some on the ground floors of apartment buildings, and other more prominent office buildings situated around the motorway A10 and on the Rieker Business Park. The large IBM building and former factory, which used to produce type-writers, is now host to various start-ups. 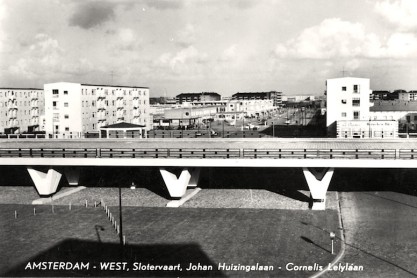 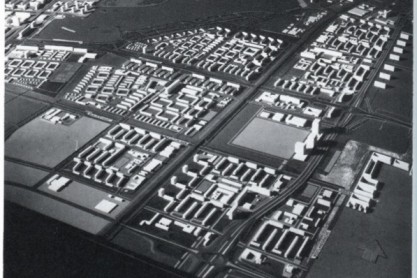 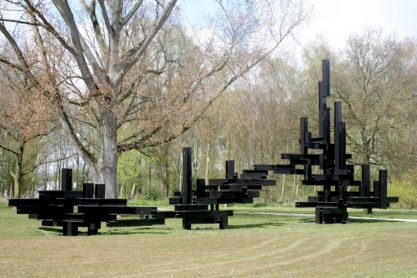 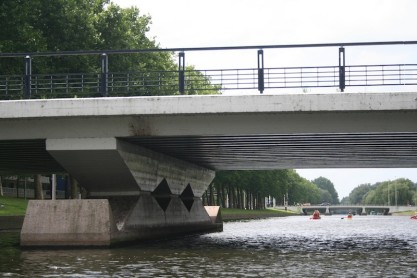 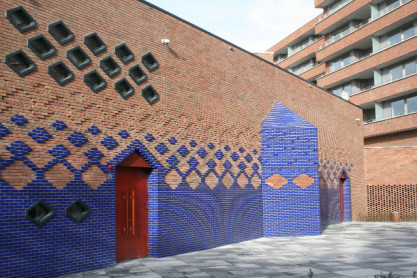 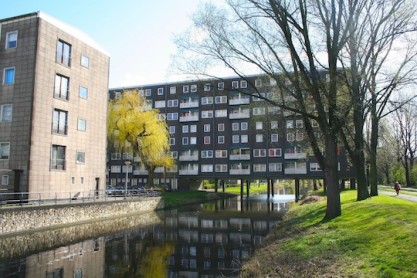